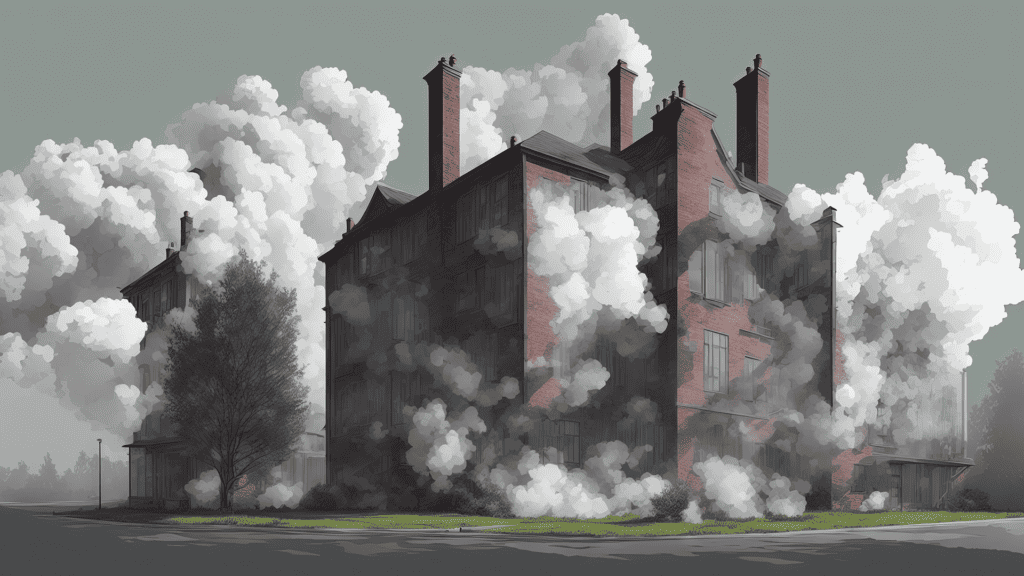 Late last year, I finally took the decision to buy myself an air purifier. The model I went with was the Mi Air Purifier 3H, and it is sitting next to me, whirring away, as I type out these very words. As an asthmatic, staying indoors for a prolonged period of time has had a detrimental effect on my lungs. I decided that enough was enough and set out to clean up the air I am breathing in on a daily (and nightly) basis, thanks to an air purifier.

As I was researching the numerous models Xiaomi has on offer, I couldn't find any decent comparisons of the different models. Even figuring out that the letter H in 3H and 2H meant that it came with a HEPA filter preinstalled took far too long to figure out. Having a simple table listing all the specifications would have greatly accelerated my decision-making. In the end, I had to create one myself, which wasn't the easiest thing I have ever done. You will find out why that is, as you read this article.

As I already had my table in place, I'm excited to announce that there now is a full comparison to be found online, and you're looking at it now. Now that the US no longer banns Xiaomi products, many of the Mi Air Purifier models can be found online, for example on Amazon.

The most known series of air purifiers made by Xiaomi are those that carry the Mi Air Purifier branding. I won't be including the Pro models, as they will be the subject of another article. I will also not be including the Viomi and Smartmi models, but they may be added later (let me know in a comment if you want this to happen immediately).

Five Xiaomi Mi Air Purifiers have been released so far. Of these, the Mi Air Purifier 1 has become almost impossible to track down, and the series 2 models are also becoming ever harder to find, too.

The Mi Air Purifier 3 and 3H are the same device. The H indicates that it ships with a HEPA filter preinstalled, instead of a more basic EPA filter. The same applies to the Mi Air Purifier 2 and 2H. However, the Pro and Pro H are different devices, so don't get them mixed up. Why Xiaomi chooses to name their devices in this manner I do not know, and things are about to get even more complicated.

How to identify a Xiaomi Mi Air Purifier

Before getting in to the comparison, you might want to know how to identify each Xiaomi Mi Air Purifier model. This can be useful because depending on where you are buying it from, the listing might not be complete, or you might want to confirm whether what you received is precisely what you ordered.

In the following paragraphs, I will only be describing external differences of the devices and not go too deep into the specs. The most relevant numbers and features will be listed in the comparison table further down.

It's not like you would need any more details to be able to recognize it, but another unique thing about the Xiaomi Mi Air Purifier 1 is the mi logo on the front panel.

The Mi Air Purifier 1 does not include a screen and features a single push button next to the air exhaust with which you can select its speed.

It is much more efficient than the first generation, with Xiaomi claiming it will only use 58% power of what its predecessor did. I wasn't able to figure out whether that statistic was at the same volume of air output, or if it was just marketing talk.

When set to night-mode, the Mi Air Purifier 2/2H produces only 30 dB of noise (comparable to someone whispering), which is 11% quieter than the first generation.

The dimension of both the 2/2H and 2C are identical at 24 cm * 24 cm * 52 cm and both are controlled using a single push button next to the air exhaust.

With the Xiaomi Mi Air Purifier 2S, what is now a mainstay of the series, was first introduced: The round screen. I'm assuming that is what the S in the name stands for. Spec wise, the 2S and the 2/2H are identical. The Mi Air Purifier 2S' screen additionally has a feature which was sadly removed in the succeeding generation: It can auto-adjust its brightness depending on the ambient light.

The Mi Air Purifier 2S and the 3/3H share some similarities, such as the identical dimensions, but once you know what to look out for, you will easily be able to differentiate them.

Other than the succeeding models, the Mi Air Purifier 2S keeps the control button it inherited from its siblings: A single push button next to the exhaust. On the 3/3H the exhaust extends to the edges of the top panel as the button was removed and integrated in to the display. Additionally, the air quality is highlighted using a bar on the 2S and on the 3/3H it is a circle.

The 3 series models are the newest additions to the Xiaomi Mi Air Purifier family. With this generation, the Mi Air Purifier 3 and 3H are once again identical in specs, but feature a different preinstalled filter. The H in 3H stands for HEPA, and thus it will come with a higher quality filter than the non-H version.

As with the 2/2H and 2C, the main outer differentiator between the Mi Air Purifier 3/3H and the 3C is the chamber design. The panels on the 3/3H stretch from the bottom of the air purifier to the top. The Mi Air Purifier 3C features a two-chamber design. The filter in the 3/3H can be changed using a door on the backside, while the top part of the 3C can be removed to gain access.

Apart from that, the screen on the 3C is slightly different to the one found on the 3/3H. Instead of an OLED panel, it uses a grid of LEDs to display the air quality in numerals, and a coloured bar helps you understand what those numbers mean.

Unfortunately, all models have done away with the automatic brightness adjustment of the display. Instead, you will have to make manual adjustments using the app or the button located on the back of the device.

I have mentioned the filters of these devices numerous times but not yet explained that all of them, except for the Mi Air Purifier 1, use the same size filter. Were you to buy a non-H Mi Air Purifier, you could easily upgrade to a HEPA filter, and you also don't have to worry about an older device no longer being supported.

On paper, the grey filter featuring an H13-grad True HEPA layer appears to beat the alternatives. However, there have been tests done that show how an H11-grade HEPA filter can actually deliver more clean air.

In the following tables you will see a full comparison of all the Xiaomi Mi Air Purifiers. Keep in mind, that every model shares the same dimensions (26 cm * 26 cm * 52 cm) and is compatible with the same filters.

CADR: The Clean Air Delivery Rate tells you how efficient the air purifier is at removing certain contaminants from the indoors. The three pollutants that are measured are pollen, smoke, and dust. While still broadly used, the CADR rating system has many weaknesses. Higher is better.

Room area: The area in which the air purifier can deliver clean airflow. Higher is better.

Power: The power consumption of the device from sleep mode to full power. In sleep mode we can assume that no more than ~2 W are used on all Xiaomi Mi Air Purifier models.

Which Xiaomi Mi Air Purifier is the best?

Things are never straight-forward with Xiaomi

32 thoughts on “The many Xiaomi Mi Air Purifiers compared”